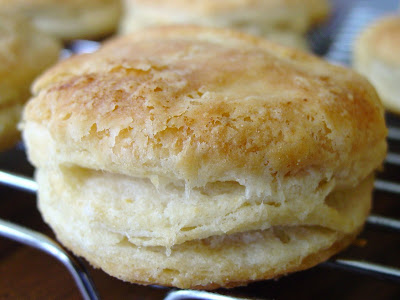 This is the only biscuit of the 3 that I made that used both shortening and butter. It was also the flakiest and had the most butter flavor. I have to admit though, I had to psyche myself to make these biscuits, because by this point I had already made 2 other batches and I was tired of standing on my feet, but I'm so glad I did. 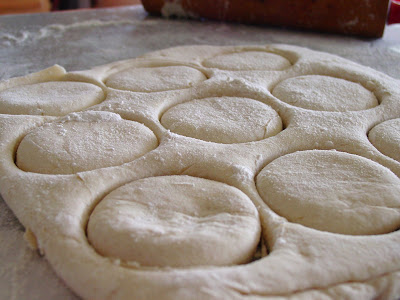 This recipe requires a bit more effort than the other two biscuits, but it's, by no means, difficult. First you roll out the dough, fold it into thirds, and into thirds again. Then you re-roll it and stamp out your biscuits. The method is very much like the white chocolate blueberry scones I made a few months ago. Essentially, what you're doing is sandwiching the butter and shortening in between layers of dough, with every fold, thus creating a wonderfully flaky biscuit, with pull apart layers. 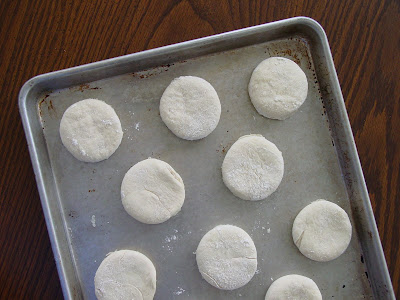 My husband was grateful I made these. They were his favorites by far, because they were so buttery. This recipe was right up there with the second batch I made, just different. These were so rich in butter so we just had them with strawberry preserves and saved the extra butter for the other biscuits. They were delish and I would highly recommend you make these or any of the other biscuits for yourself or for your Momma for Mother's Day. I made all of mine in one day and froze them. We've eaten a few of them and they have reheated in the toaster oven beautifully. 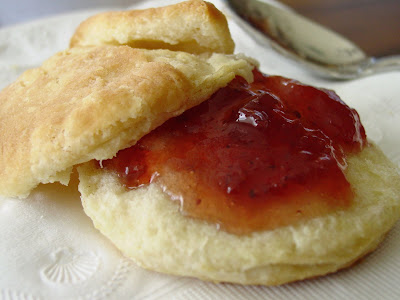 2. Add shortening to flour mixture; break up chunks with fingertips until only small, pea-sized pieces remain. Working in batches, drop butter slices into flour mixture and toss to coat; pick up each slice of butter and press between floured fingertips into flat, nickel-sized pieces. Repeat until all butter is incorporated; toss to combine. Freeze mixture (in bowl) until chilled, about 15 minutes. 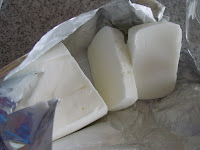 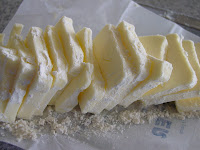 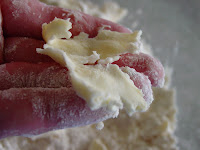 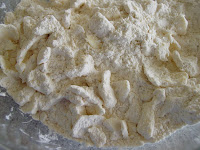 3. Spray 24-inch-square area of work surface with nonstick cooking spray; spread spray evenly across surface with kitchen towel or paper towel. Sprinkle 1/3 cup of extra flour across sprayed area; gently spread flour across work surface with palm to form thin, even coating. Add all but 2 tablespoons of buttermilk to flour mixture; stir briskly with fork until ball forms and no dry bits of flour are visible, adding remaining buttermilk as needed (dough will be sticky and shaggy but should clear sides of bowl). With rubber spatula, transfer dough onto center of prepared work surface, dust surface lightly with flour, and, with floured hands, bring dough together into cohesive ball. 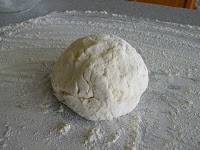 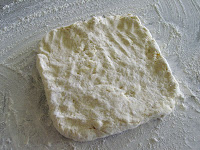 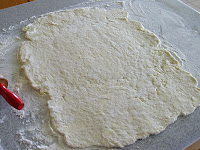 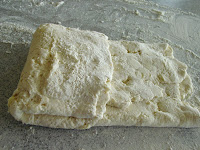 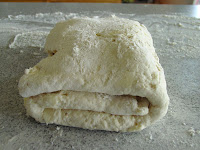 6. Brush biscuit tops with melted butter. Bake, without opening oven door, until tops are golden brown and crisp, 15 to 17 minutes. Let cool on baking sheet 5 to 10 minutes before serving. 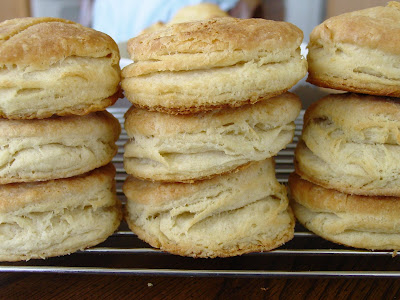 NOTE: There one cool trick I learned from this recipe. In step 3 it says to spray your work surface with non-stick cooking spray, then to wipe and spread it thinly with a paper towel. THEN you dust your work area with flour. This keeps the surface you're working on floured. You know sometimes when you're rolling out dough and it starts to stick underneath even though you've floured? Well this prevents that. So cool! I'll definitely use that trick again.

I'm very glad you didn't quit making biscuits, this one looks like a keeper!

I have enjoyed your biscuit making experiment!...I like making biscuits different ways...at different times of course :)...I even have a fond childhood memory of "tough" buttermilk biscuits...made without oil...Thanks for the tip about spraying the counter first before flouring!

This was fun to read about Monica. I loved the experimant.. I will be trying this one and it great to know they freeze so well. They look fantastic!

So, I pretty much think you are awesome. I have LOVED the biscuit posts. I haven't seen that recipe from CI before. The recipe I usually use is not the drop biscuits, it's their other one from a long time ago--so glad they updated it! I'm making these as soon as I buy some shortening.

I like the flakiness of these but to be honest they all look pretty good!!!

Yum! I think I'm looking most forward to trying the 2nd biscuit.

Love the tip with the spray!

Good on ya for keeping making all these different biscuits. I don't know that I could do that over a week, maybe a month. Love your floured surface tip!

I showed your blog to my mom and she really amazed with your biscuits :)

I think she will try your recipe as soon as she can find buttermilk (we are not familiar with buttermilk in Indonesia).

Thanks for the step by step photos and the comparison posts, will come in handy when I get around to making biscuits for the first time someday.

these sound, & look, wonderful, I really like the idea of freezing them as well. YUM :)

I love all of your biscuit posts! They all look divine! Glad you tried them!

Oh my! They all look divine! I shall have to try yet another fabulous recipe from you! And what about that Cappuccino Chip Cake?! It looks to die for!

Thanks for all the yumminess!

I am not very good at biscuits, I need to take a cue from you and get to practicing!

OMG. These look so droolingly, mouth-wateringly delicious! I adore flaky biscuits! No one can say you're not committed to your craft.