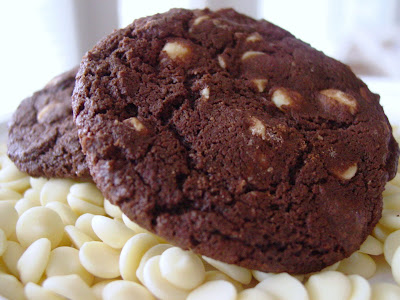 Whew, that's a mouthful! These cookies come from the Barefoot Contessa, or Ina Garten, as I like to refer to her. I love her because she seems so real. And because she's not afraid of making a mess in the kitchen. She really cooks on her show in her own home. It doesn't seem as forced or set up as some of the other F.ood Network shows. She cooks and bakes to make people happy and I love that. She seems genuine. 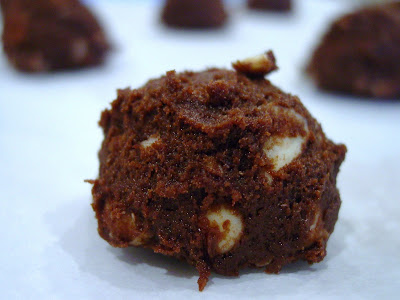 As I was watching her show, I scribbled down this recipe on a note pad. That was probably a year ago, maybe??? That's how long I've been lusting after these chunky cookies. I bought her boxed mix earlier this year to try them out and they were delish! They were expensive (about $10) for a boxed mix, but they make great gifts. I bought a couple when we went on vacation so I could bake without all the fuss. The cookies came together almost instantly with very little effort and the end result was scrumptious. 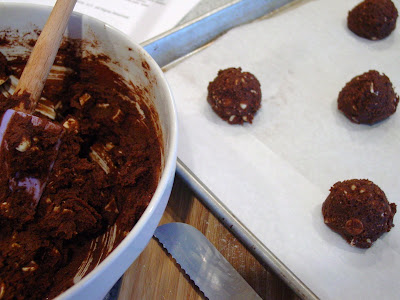 Preheat the oven to 350 degrees F. In a large bowl, cream the butter and both sugars until light and fluffy. Add the vanilla, then the eggs, 1 at a time, and mix well. Add the cocoa and mix again. Sift together the flour, baking soda, and salt and add to the chocolate dough. Mix until just combined. Fold in the chopped white chocolate.

Drop the dough on a baking sheet lined with parchment paper, using a 1 3/4-inch ice cream scoop or a generously rounded tablespoon. Dampen your hands and flatten the dough slightly. Bake for exactly 15 minutes (the cookies will seem underdone). Remove from the oven and let cool slightly on the pan, then transfer to a wire rack to cool completely. 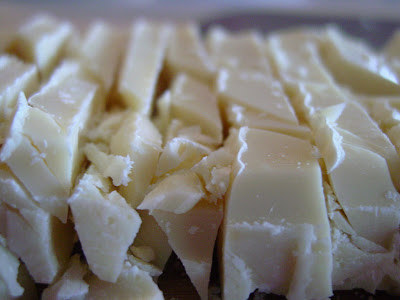 Don't use cheap white chocolate in these cookies. I used Callebaut White Chocolate. Cut up a few bars of white chocolate or use Ghiradelli baking bars if you can't find chunks, or use white chocolate morsels, just make sure they're not vanilla or vanillin chips. And whatever you do, don't use white vanilla coating (that's not chocolate!) 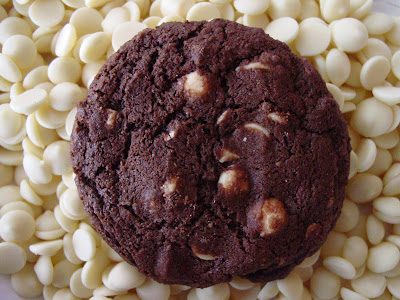 yum! I have to say I'm really happy at the presence of chocolate in your 7 days of cookies! White, dark, milk... I love it all.

I think staying away from chocolate can make the cookie experience less costly (when giving as gifts) but I so love it!

I was a bit sad there were no chocolate cookies at my IRL swap.