Candy Writer Decorations- How To

I first learned of this candy writer technique from Bakerella, here and here. I struggled with what kind of cake I wanted to make, but I knew this is how it would be decorated.

First trace your design onto a piece of paper. My original design was a little too large so I reduced the overall image by 20% using my printer. Repeat the image as many times as you want being careful not to put them too close together. Tape the piece of paper of your images into place on a baking sheet. Then tape a piece of parchment paper over it. 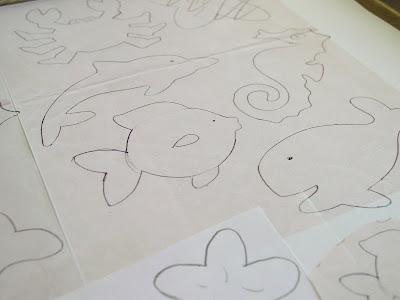 Melt your candy writers in a tall cup of hot water. (Candy writers are just colored chocolate coating in a tube.) Knead the tube until the candy is melted and there are no more lumps. Do not melt them in the microwave. 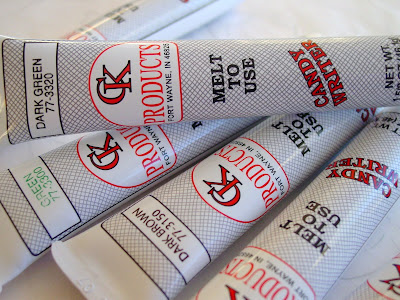 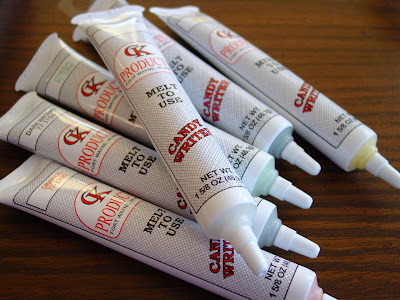 Trace your image onto parchment paper using the candy writers. If there is any decoration (eyes, polka dots etc) on the image fill them in first. I put a drop of brown for the eye, then carefully put white over it, then filled in the orange, being careful not to disturb the eye. 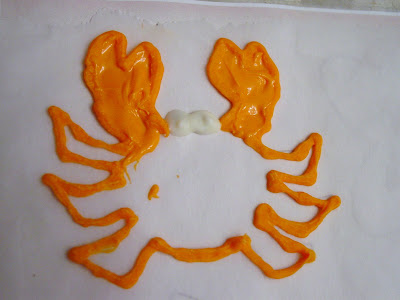 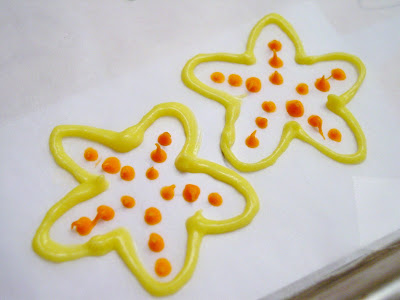 Then fill in the image with more candy. Use the tip of the writer or a toothpick to help spread out the candy. It doesn't have to be pretty, this is going to be the backside of your decoration. 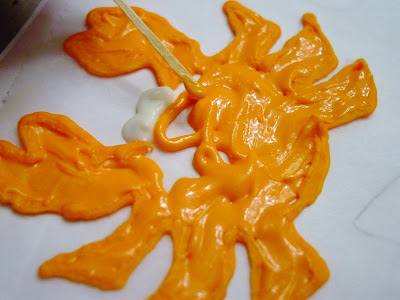 Place the baking sheet in the refrigerator to help solidify the candy. Once cool and hardened, then decorations can be removed from the parchment paper. They may slide off the paper, so be careful when removing them from the fridge. It's best to use a baking sheet with sides, just to prevent them from sliding off and crashing on the floor. These can be made a couple days in advance and kept in an airtight container at room temp. Just make sure they're not touching eachother. If you live in a warm climate, keep them refrigerated. Use icing to stick them to your cake.

I only had one major disaster when it came to the candy writers. I melted one the dark green in warm water and it never melted. It still felt lumpy. It was a little softer than normal (rock hard) but when I squeezed the tube, nothing came out. I squeezed a little harder thinking the tip was clogged and the whole top broke off. The candy was stiff and dry so i tossed it. A waste of $2. The only thing I can think of is that I bought an old writer from my bake shop. 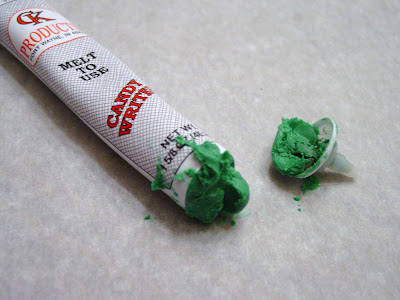 You can also use Wilton Candy Melts, which I had to do because my local bakeshop was out of blue and purple (even though when I called they said they had some). 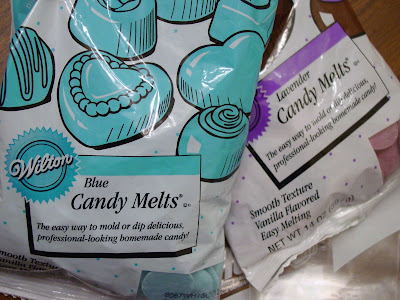 I put the amount I needed and melted them in freezer bags. I nuked them for 30 seconds, kneaded the bag to disperse the melted wafers then microwaved them again for another 30 seconds. I learned of this tip in Hello Cupcake! and it made it easier to clean up, but the bag got really hot and it was hard to handle. And the wafers seized up a bit. I think next time, I'll microwave them on lower heat in a microwave proof bowl and mix as I go (like I do when I melt chocolate chips) then transfer to squeeze bottles for easier handling. 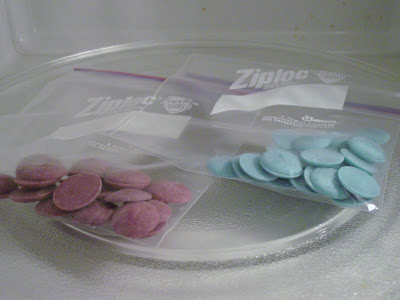 That's awesome. I never would have thought about that.

wow, amazing! Don't know about this kind of art before. I think my daughter would love it.