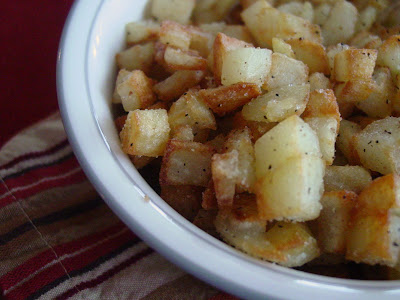 Breakfast potatoes, papas, hash browns or home fries are one of my favorite components of breakfast. But (and this is a big BUT!...ha ha ha, I said big butt!!) they have to be crisp around the edges. But I can't stand ordering potatoes for breakfast in a restaurant and having them soft and squishy. They look great, but the flavor and texture is missing something. That probably explains why I like McDonald's hash browns so much. 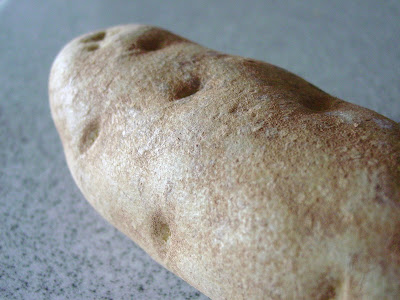 Anyway, I think there are certain elements that make up a good breakfast potato. First you start with a fresh potato and they have to be well cooked, crispy around the edges, well seasoned, and not greasy. These potatoes fill the bill and my husband loves them just as much as I do. 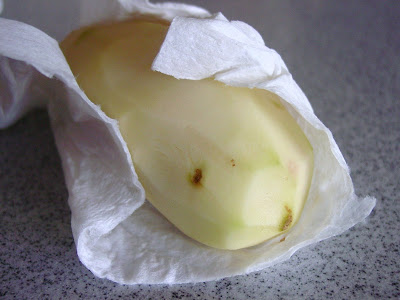 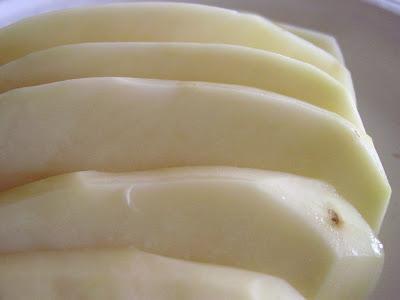 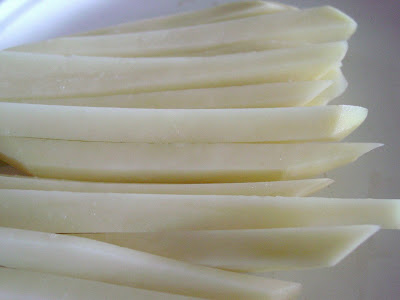 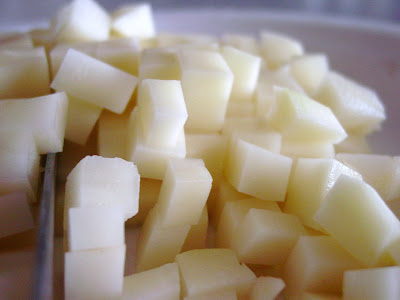 Preheat non stick skillet on stove top over medium high heat. Put enough oil to coat the pan (about 1-2 tablespoons). Meanwhile peel the potato and wipe it off with a clean paper towel. DO NOT rinse the potato because it absorbs water and takes longer for the potatoes to crisp up. Cut the potatoes into a 1/4 inch dice. They don't have to be perfect, just all similar in size.

Put the potatoes in the pan and coat them evenly with the oil so they don't stick to the pan. Leave them alone for the first couple minutes until the cubes turn a golden brown. Don't toss them too much or the potatoes will cook through without browning and will become soggy. Toss the potatoes around a few times until they're evenly browned on all sides.

When they're completely cooked through and crispy around the edges, sprinkle a little seasoned salt over the potatoes until they're seasoned to your liking. Mix well and eat them while they're still hot. No ketchup needed. 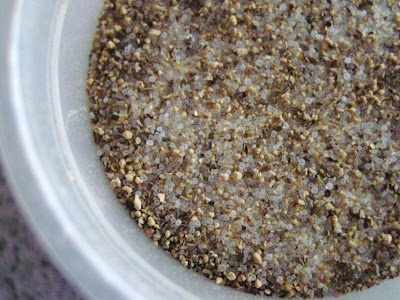 Measure and mix all ingredients together. Store in an airtight container. Sprinkle on all your favorite dishes. 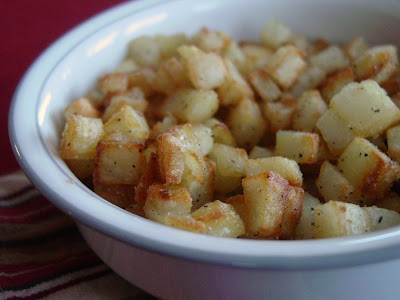 I will be trying these later, possibly today. I could live on potatoes alone.

Reading your blog is really bad for my waistline! I finished off the last of the blueberry cake last night! I always rinse the potatoes and turn them a million times; no wonder they are mushy! I am learning a lot from you! Even if I have to go to Weight Watchers! Thanks! Katie

Fried potatoes are comfort food for me, especially with a big bowl of beans and cornbread!

These look great. They remind me of the breakfast potatoes we sometimes see at restaurants.

Wow this totally makes me want to make it now!! You can't go wrong with potatoes, period!

i dont mean to be freaky but i do love potatos in the morning.

Thank you, thank you, thank you for giving my my first success with breakfast potatoes. Although I'm an experienced cook I somehow always wound up with a laminated mess that had to be sandblasted off my skillet. I posted my success on my blog here: http://consideredcogitations.blogspot.com/2010/03/non-laminated-breakfast-potatoes.html