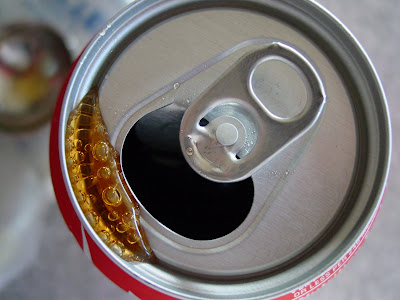 We travelled a lot when I was a child. We didn't take family vacations, but instead moved from Texas to Virginia, twice by car. Just the four of us, my mom, my brother and my sister in an '80's model Oldsmobile Cutlass- white with burgandy cloth interior with a trailer hitch. Trailing behind was a U-Haul trailer.

It's a long drive to Northern Virginia from the Texas Panhandle and we (I say we, but my mom is the only one who drove) would do it in about 24 hours. We didn't stop much except to eat or pull over so my mom could buy no-dose and a cup of jo. 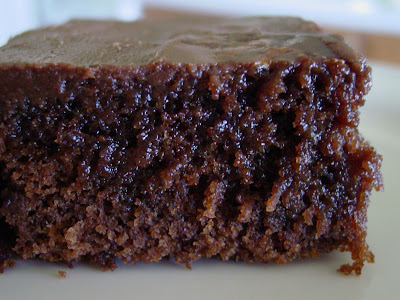 When we did stop it was usually at Cracker Barrel because they were in every state we drove through- Oklahoma, Arkansas, Tennessee- and they were open for 24 hours. We usually ordered breakfast no matter what time of day it was and we played that little triangle/golf tee game they left on the tables. When we were done, we were allowed to browse through their gift shop (which I still love today) and we could get one thing. We either got those 10 cent multi colored spiral candy sticks or rock candy and we'd trade in the car.

I still love Cracker Barrel and all it's coziness, but sadly my husband is not a fan. He grew up on Luby's Home Cookin' and he always gets the same thing- fried fish, mac and cheese and fried okra. When he craves home cookin' that's where we go. Every once in a while I can talk him into going to Cracker Barrel, but it's not often. 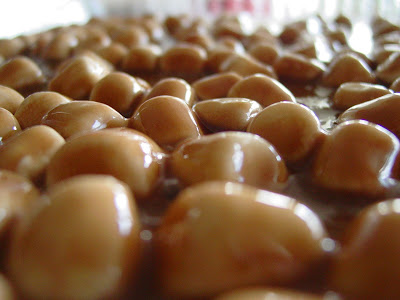 I knew if I wanted to try this Coca-Cola cake at the restaurant, I'd have to wait a while. So I searched the net and found this recipe. My husband loves coke, as we call it here in the south, so I knew he would enjoy this cake. It tastes very much like the Texas Fudge Sheetcake, I make for him every birthday, except it has marshmallows and not nuts. It was a little gooey-er from the frosting that melted into the marshmallow topped cake, but it was really good. It had a mild chocolate taste and was very tender and moist, but I couldn't really taste the coke in the cake or the frosting. My husband had 2 servings in one night (and every night there after til it was all gone), not bad for a man who's not a fan of Cracker Barrel. Hopefully I've changed his mind. 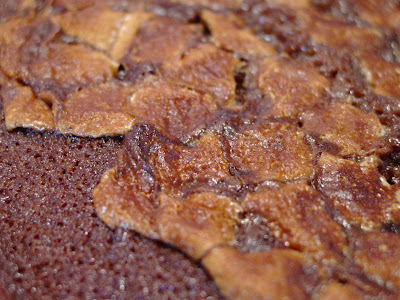 Combine dry ingredients in a bowl. Heat butter, cocoa and Coca-Cola® to boil and pour over the flour mixture. Mix well. Add eggs, buttermilk, vanilla extract and marshmallows and blend. The batter will be thin with marshmallows floating on top.

Boil first three ingredients. Remove from the heat and blend in the sugar and vanilla extract. Spread on warm cake.

NOTE: I added half a teaspoon of cinnamon to the frosting to bring out the chocolatey-ness. Yum! 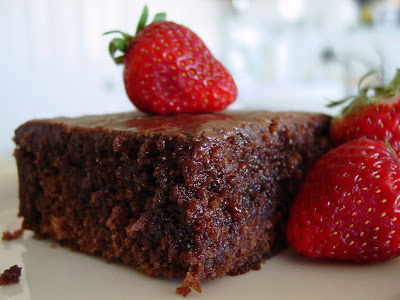 Ohhh I have been wanting to make this for a couple years. We ate a Cracker Barrel and I loved the reuben sandwich. But what I remember was everyone eating the Coke cake. So, sounds like it was a hit. Hmmm, I must make this.

Dawn- it was so good. And because it was moist and not too sweet, it was easy to keep eating :-)

I hope you make it and love it! I would absolutely make this again.

Good ol' Coca Cola Cake. My southern neighbor used to make it all the time. One with Dr. Pepper too. You don't see many of them around these parts.

I make this sometimes. But my husband prefers yellow cakes, so whenever I make a yellow cake for him, I always use the Coca Cola icing recipe. He loves it. I love Cracker Barrel's Coca Cola Cake too, but they only have it every few months...they need to make it a year round thing!

No way! I couldn't believe it. Coca Cola Cake?! I've heard about Pepsi Cake but not Coca Cola! Haha

Okay, here's the thing...I don't like chocolate cake but yours with YUM, marshmallows looks & sounds so good. I like that you added a touch of cinnamon to the frosting, too!

I printed out the recipe!
~ingrid

Hey, Monica! I made this tonight for the Twins' baseball coach's birthday tomorrow. Soooo, with that said I haven't tried it but it smelled heavenly baking in the oven. I did taste the frosting ...holy cow it was good & I usually don't like chocolate frosting. Taking a cue from you I added 1/4 tsp of cinnamon, you're on to something with that. I think that's what made the frosting for me.

One last thing my cake was done in 35 minutes. Weird.

Thanks so much for sharing the recipe!
~ingrid

Your blog is awesome! I love a lot of recipes! And this one I had to copy! But isn't the only one.

I love Cracker Barrel's Chocolate Pecan Pie they sell around Thanksgiving time. This recipe looks so good. We usually go for breakfast and never have time for dessert but next time I will have to try this..or maybe I will just try yours! :-)

OK....YUM! That looks and sounds so good (even if I am a diehard Luby's Fish and lemon cake fan). Going ot try this!

Wow! This was amazing!! Thank you so much for sharing the recipe. We loved it!!