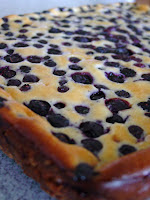 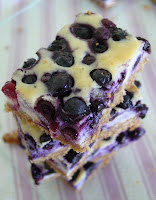 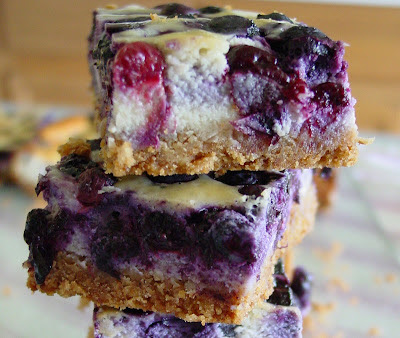 Those look awesome! I am a cheesecake addict, and blueberries are a new love. I can't wait to try these.

These look amazing! I love how the blueberries aren't just a flavor to the cheesecake but appear to be a main component!

OH. MY GOODNESS! Heaven if I do say so myself! I just might have to try this and ASAP!

I am so glad I discovered this beautiful food blog! I love your Still Hopeful blog too! You are very talented. My question for you is...can I use frozen blueberries, or is it best to use fresh?

Anon- I bet you could use frozen, but there wouldn't be as much contrast between the cheesecake and the berries. If you have blueberries, that were once fresh (meaning you froze them yourself) that would be better. Frozen blueberries tend to be smaller and "juicy" and not as clean as fresh, so you may end up with purply-blue filling. Which would still be good :-)

Let me know how they turn out if you make them.

Thanks for the recipe! I'm trying it this afternoon--they look amazing.