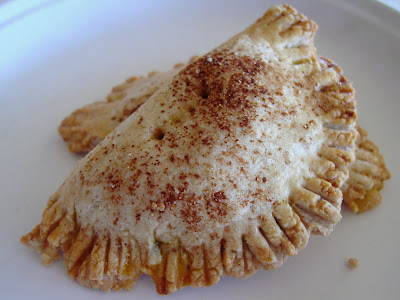 Pumkin empanadas are one of the things we used to make around the holidays when I was younger. Now that we're older we buy them rather than making them. My grandfather and step dad went to the Mexican bakery to buy some goodies and came back with pineapple and pumpkin empanadas, cookies and pan de huevo (egg bread). Mexican pastries are not very sweet, and are usually very simple looking. 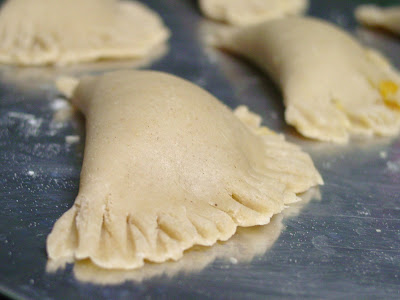 The empanadas we bought were okay, but they were a little soft and mushy and didn't have a lot of flavor. So we made some! And they were so much better. They had a nice texture and the filling was so much more flavorful. Even my step dad who says he doesn't like pumpkin had two of them! 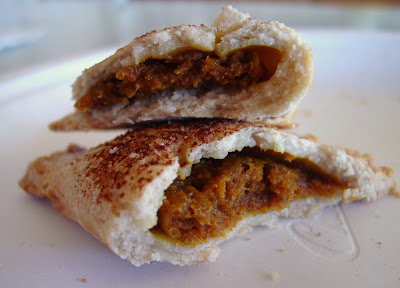 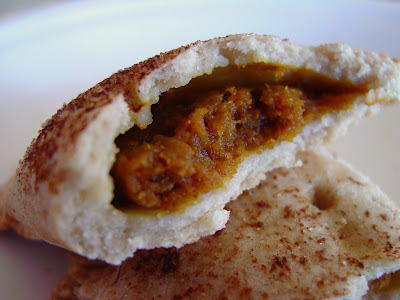 For filling: Mix ingredients together and set aside. Preheat oven to 350 degrees F.

For the dough: Combine water, sugar, salt, yeast, baking powder, and cinnamon. Using an electric mixer, gradually blend in half of the flour. Add shortening and thoroughly mix, then gradually blend in remaining flour. Divide dough into 4 equal parts, then shape each into 4 dough balls. Slap the dough balls between the palms of your well-floured hands until somewhat flattened, then roll on a floured surface until circles approximately 4 inches in diameter and 1/8 inch thick. Put about 1 1/2 tablespoons of filling in the center of each circle, fold over, and seal edges by pressing lightly with a fork on both sides.

Bake on greased cookie sheet until golden brown, 18 to 20 minutes (watch carefully; they can burn quickly). 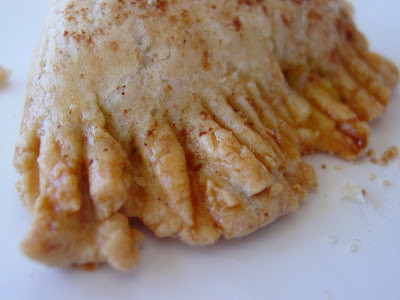 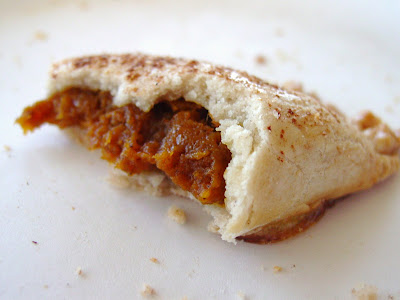 NOTE: If the dough is not sticking together when you crimp it with a fork, put a little water on your finger and run it along the edge of the dough before crimping it together. This will give you a better seal so the filling doesn't seep out.

I poked a few holes (using a fork) in the top of the empanadas to help the steam release while baking. And because my mother and grandmother and mother said I should, I put egg wash on them and sprinkled them with cinnamon sugar. 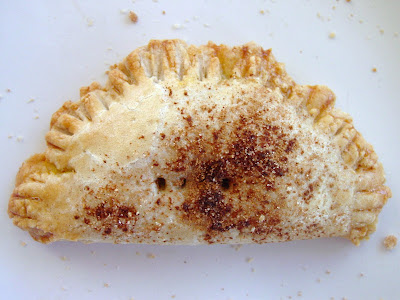 I know good and well these are the treat my little Mexican friend down the street shared with me 41 years ago. I could never figure out what they were. They were so good I stole one off the cooling rack on my way out the door. Bad, Marcia! I was only 6. :)